Friends and supporters of Big Brothers Big Sisters of Orange County joined together on May 19 to show appreciation for the major donors who have helped the organization achieve a series of notable goals over the last year.  At the top of the list is the opening of the organization’s new headquarters in Santa Ana, which allows them to significantly expand their ability to serve a broad range of children and families in Orange County and the Inland Empire.

In 2014, Big Brothers Big Sisters of Orange County (BBBS OC) served nearly 2,700 children in Orange County and the surrounding communities, providing meaningful, monitored matches between adult volunteers (“Bigs”) and children (“Littles”), ages 6 through 18.  Volunteers donated over 200,000 hours of time to their Littles, and the results of their mentor relationships were significant.  98% of Littles graduated high school on time, despite the fact that 60% have parents who never started high school.  89% reported having higher self-esteem because of their relationships with their Bigs.

“Our outreach has been highly effective, but our primary goal for the future is to expand to reach even more children and families.  We saw a 19% increase last year in the number of children we mentored, but we were working at maximum capacity in an office ill-suited to help us expand further,” explains Melissa Beck, CEO of BBBS OC.  “We needed more space to bring on more of the team members who make all of this possible.  We had simply outgrown our environment and needed to make a change.”

BBBS OC was also looking to move from Tustin to Santa Ana, where 1/3 of the children they serve live.  With the support of the Board of Trustees and after a very successful capital campaign, BBBS OC began the search for a new building.  Ross Bourne, a broker with the commercial real estate brokerage firm CBRE and an active supporter of the organization, offered his real estate investment expertise to help them locate and acquire a building in Santa Ana that seemed to match the group’s requirements.

Maria Martinico, Principal at HKS, and her team initially provided visioning sessions to help define the group’s needs and to design the best possible environment for the staff and the BBBS OC community.  “HKS has worked with HBC for years, and when Mike Howard offered us the opportunity to join the team, we were excited and motivated by the passion of those, like Melissa Beck, who had so much invested in building a better home for Big Brothers Big Sisters,” says Cindy Finamore, Project Manager with HKS.

“Unlike their old facility, which was cramped and broken up into many small offices, they wanted their new space to bring their staff together to help them work more effectively.  Open office areas were designed to allow an easier flow of communication between staff members, and communal spaces were designed to encourage the staff to interact with each other more,” explains Stephanie Fox, Interior Designer with HKS.

They also wanted to offer a bright and fun environment where Bigs and Littles could come together.  “We opened up the space and brought as much daylight in as possible.  We also chose vibrant colors to make the space more fun for the Littles when they visit and also to reflect the energy and passion of the staff and volunteers,” says Fox.

The HBC team worked closely with the BBBS OC and HKS teams throughout the project.  “From pre-construction budgeting to our move-in, the HBC team was with us every step of the way and made this entire process much easier.  Having them on board from the very beginning was truly invaluable,” says Melissa Beck.  “I don’t know if we would be in this space now, if it weren’t for Mike Howard bringing this fantastic team together.”  (Both HBC and HKS provided a portion of their services pro bono.)

Since they opened their new facility in February, Big Brothers Big Sisters of Orange County has already seen the positive impact the new space has had, both for the staff and for the children they serve.  “I can see a difference in the way people feel in this space – more inspired and energetic,” says Melissa Beck.  “People are happier to be here, and we are already accepting more children from our local community into our programs.  We are truly grateful for everyone who gave their time and energy to provide us with this beautiful new facility, and we look forward to giving even more back to our Littles and their families as a result of these extraordinary efforts.”

For information about BBBS OC’s many programs and services, please call (714) 544-7773 or visit www.bigbrooc.org. 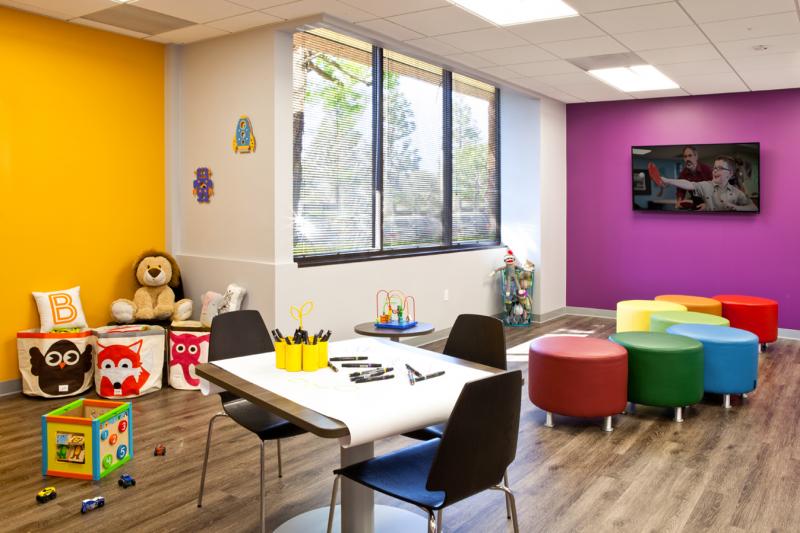